Totally Hypothetical Interlocutor (who we first met a few weeks ago in An Important Match) – Good match? As good as last week?

THI – Only OK? Who was it playing?

THI – A whole country against a small county?

BW – Well, they are playing Papua New Guinea and Afghanistan this season.

THI – Are they any good?

BW – Not as good as New Zealand, though they are sort of in the World Cup.

THI – Could Leicestershire 2nd XI play in the World Cup?

THI – Didn’t you say New Zealand scored 400 runs against England in one match?  They must have scored thousands against Leicestershire 2nd XI.

BW – No, they only got three hundred and sixty something.  That’s still quite a lot. But the score didn’t really matter.

THI – Well, were there many there? It hasn’t been on the TV, like it was last week.

BW – Quite good, for Leicestershire, though I think they were a bit disappointed. 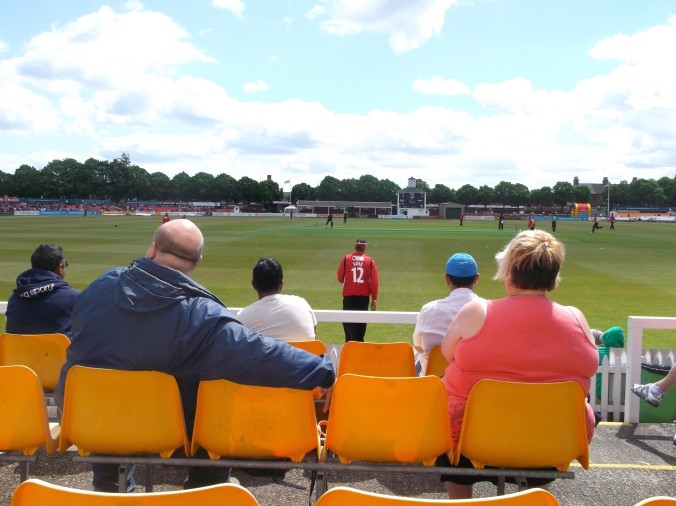 BW – No, but it’s more because McCullum was out in the first over and a lot of them really wanted to see him bat.

THI – *Thinks* … But I thought he played for New Zealand and when he was out for almost no runs last week against England that was the best bit and the crowd went mad.  Were they New Zealand supporters?

BW – No, they were mostly Leicestershire supporters, but they’ve seen him bat on the TV and he’s meant to be a very good player, and this wasn’t an important match, you see, so they wanted to watch him bat.

THI – Well, he doesn’t sound very good to me.

BW – Is that the time?  I rather fancy a beer, you know, these unimportant matches can make you quite thirsty …

I wonder whether you’ve ever had a conversation like this? Perhaps you have.

Purely Hypothetical Interlocutor (on my return from watching the last day of the Lord’s Test against New Zealand) : Good match?

Me : Very good thanks.

PHI : It must have been an important match, it’s been all over the television. They said people were queuing up to get in.

Me : Yes, they were.  I was there an hour early and still had to queue for half an hour. They were selling tickets for £20.00, you see and there was a good chance there would be an exciting finish and England might win.  It was almost sold out, so there must have been about 28,000 people there.  Really good atmosphere. 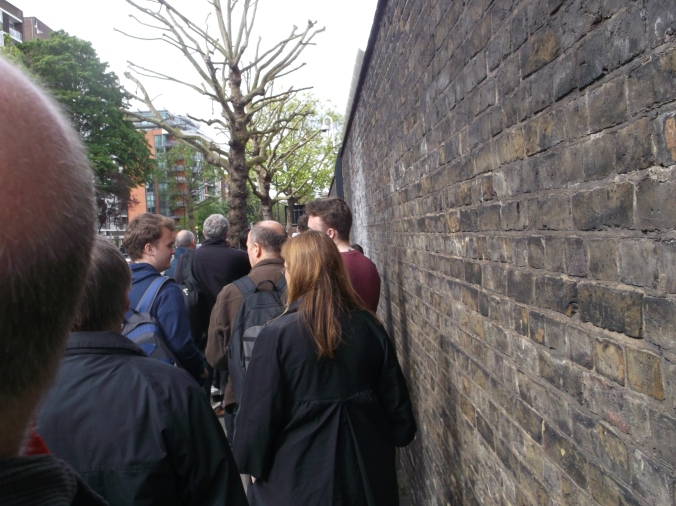 PHI : Was that why it was such an important match, then? It sounds like quite a lot to me and surely England must win quite often?

Me : Well, if you go to Northampton or Leicester it would cost you £10.00 and they aren’t as good as England and New Zealand.

PHI : And how many go there?

Me : Hmmm. Doesn’t really work like that.  It’s a bit hard to explain.

(But, well, no.  Thinking back to what I was saying the other week about James Middlebrook and different levels of cricket, there were no performances on the last day of that Test that were really “on another level” or that, in purely technical terms, I haven’t seen equalled in County cricket and, frankly, I’ve seen better spin bowling in the Leicestershire League.  And as for the narrative (in the sense of the sequence of scores) then substitute Leicestershire for New Zealand and the same failure to achieve a testing but achievable total on the last day can be seen for a tenner at most of our games.)

Me : I could really do with a beer, you know. It was terribly hot on the train and these important matches can be very draining …

Now you and I know, reader (assuming you’ve come here because you’re interested in cricket) that it was an important match, even if we might disagree about precisely how and why.  But then we have made that initial leap of faith, that moment when we accepted that, in some sense, it matters whether one man knocks some sticks down with a ball or another manages to stop him with a bat and all else – this vast cat’s cradle of argument, sentiment and dispute – follows on from that.

Here – to prove that I Was There – are some snaps of the congregation, True Believers all.