How long to go before the start of the English cricket season?  Hard to say.  Officially, it starts today, with the MCC v Champion County fixture, but, as that is taking place in Dubai, it can hardly be counted as the start of the English season.  Leicestershire played their first publicly observable game (against Leeds/Bradford MCCU) last Thursday at Grace Road, but, as that was a pre-season friendly, it doesn’t really count either.  Nor will their other pre-season matches, such as their visit to the Parks to play Oxford MCCU, so their season will officially begin at Fenner’s against Cambridge MCCU on the 7th April. This, you see, is not just a pre-season friendly, it’s an MCC friendly (and First Class, to boot).

To confuse matters further, an England touring party -like silly geese flying South for the Summer – is about to set off for a tour of the West Indies.

My personal season (Gods willing) is due to start on 1st April, with an intra-squad game at Grace Road. That clearly has no official status at all, but it’s my season and I’ll start it where I please.  Sub-professional cricket tends to operate to a saner schedule, one more in tune with the changing of the seasons, and I think the first club game is still a little way off.  I’m pleased to report, though, that life is visibly returning to that corner of the earth and the heavy roller has already been in action on the square at Fairfield Rd., as glimpsed this morning through the gap in the hedge: 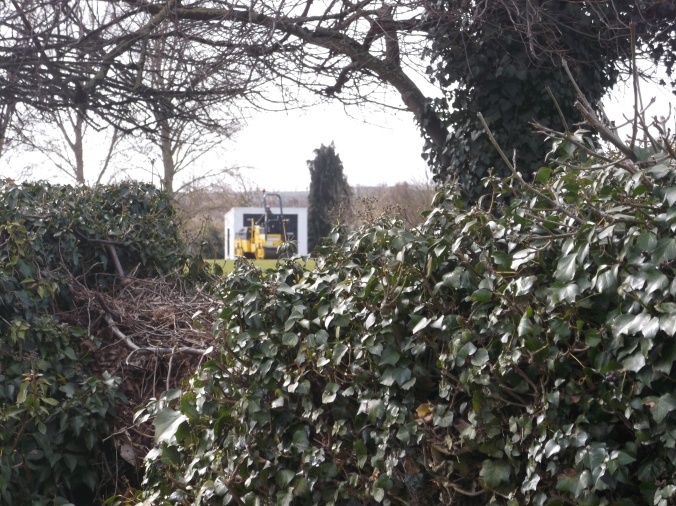